For anyone who has picked up a new hobby, mastered a new sport, or exercised a new way of thinking, you know that as you begin to teach yourself something new, it gets easier and easier along the way. Trusting yourself, building discipline, listening to your intuition, and learning to find comfort in the uncomfortable works in exactly the same way.

The greatest leap that I ever took was making that first, deliberate decision to exit my comfort zone. For me, this was the decision to attend the University of South Carolina. A school eight hours away from my home, where I would know six out of 30,000 people, was the less-“safe” option in comparison to the opportunity to study in-state alongside the familiar faces of my high school peers. I clearly remember the thoughts of my high school-self as I sorted through this challenging choice. I knew that in making the choice to attend USC, there would be at least one night prior to my departure in which I would cry a few tears for fear of the unknown. But in my heart and in my head, I truly felt that if I didn’t push the boundaries of my comfort zone in that decision then and there, that I might never find the courage to do so. 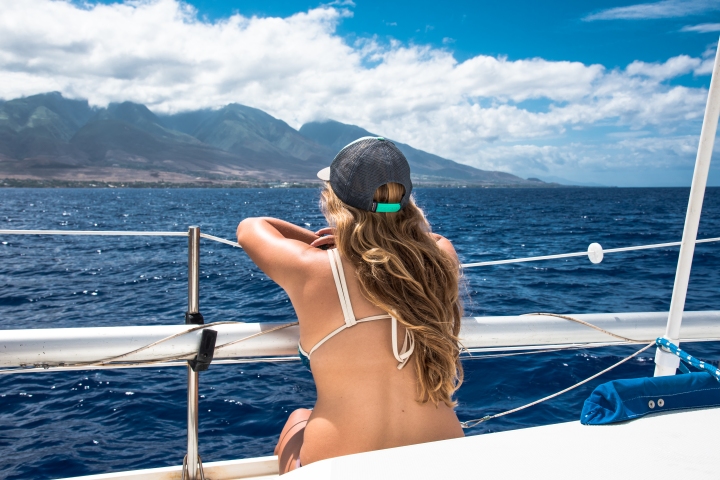 Because of that first decision to make a leap and trust in myself and the world around me, the choice to study abroad in Australia was an easy one. Similarly, the decision to pack up and move across the country after graduating from the University of South Carolina was a no-brainer. The decision to move to Hawaii – while foreign places and unforetold circumstances awaited me was an easy one: I have done this before.

Everybody’s “greatest leap” is entirely different. But the aftermath and the feelings that follow us in making that leap may be similar.

Trust in yourself and in your intuition. With 2017 quickly approaching, it is the perfect time to put yourself out there more than ever. Let’s get after it, friends, and challenge ourselves to find comfort in the unknown and the uncomfortable. 2017 is your year!

2 thoughts on “The Greatest Leap We’ll Ever Take”