Everest. The tallest mountain in the world located in the Nepalese Himalayas. Two years ago today my girlfriends and I succeeded in reaching new heights – 17,598 feet in elevation to be exact.  On March 29, 2015, we reached Everest Base Camp. 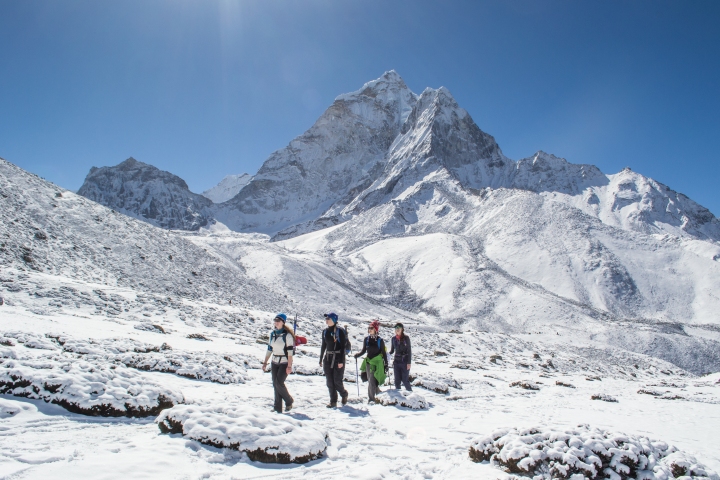 If there has ever been anything in my life that felt like fate, an invitation to trek to Everest Base Camp was one of them.

I had given great thought to Nepal in recent years. Dr. Hickey, a professor at the University of South Carolina, was the advisor for the best club on campus: the Mountaineering and Whitewater Club. One night he shared his account of reaching the top of the world –  one not without trials, tribulations, loss, pain, and a willingness to endure all that is mountaineering. Everyone who attended the meeting that night was bewildered, enthralled, enlightened, and inspired. 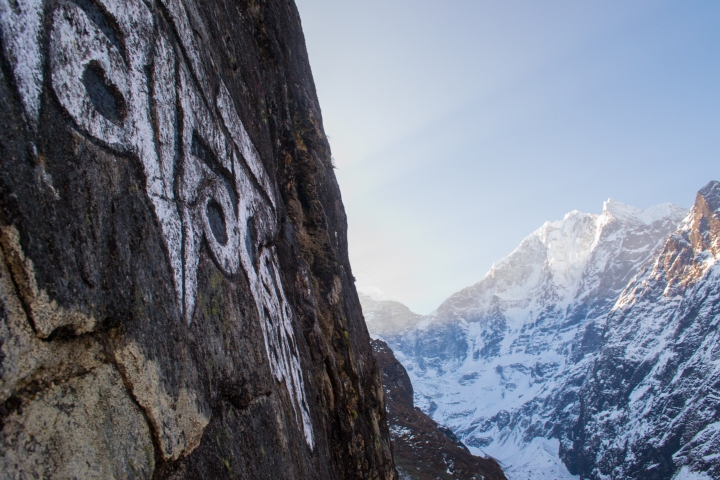 Nepal became further known to me as a whitewater destination when my friend Ross Montandon, founder of New Wave Kayaking, led a several week kayak expedition seeking out the plethora of class III-V whitewater – the drainages of the Himalayas. 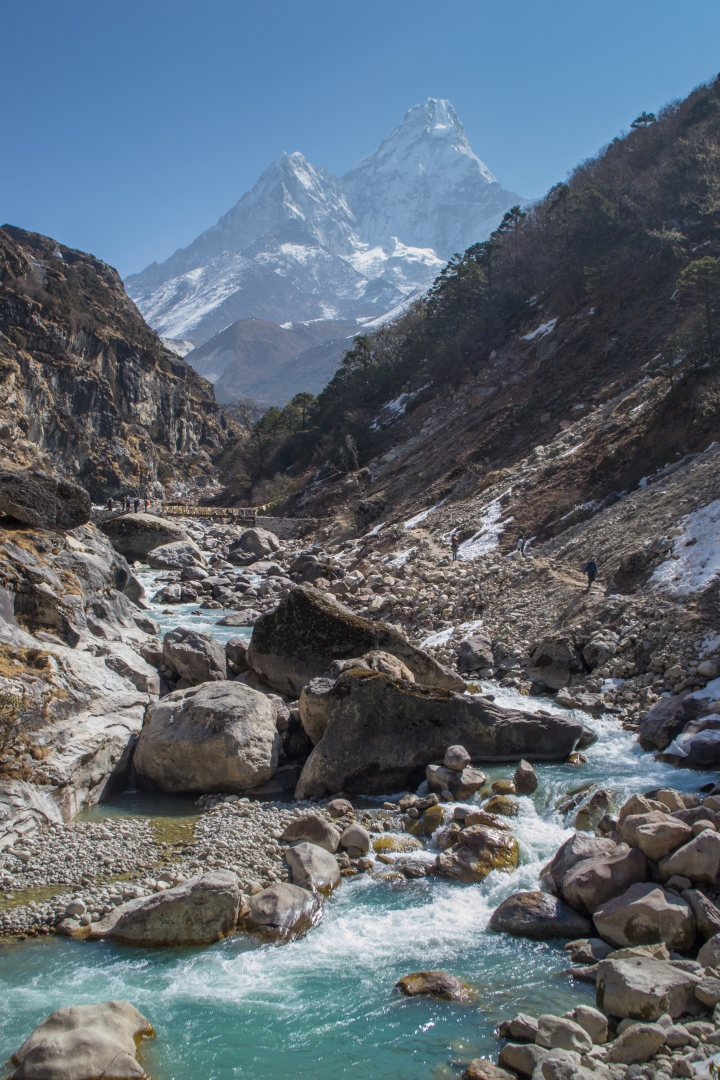 This part of the world – Nepal and the Himalayas – became more and more at the forefront of my mind. In a unique and rewarding opportunity to fill a long-term substitute teaching position at James Madison High School, I designed and taught a book unit on Jon Krakauer’s “Into Thin Air”. It was an easy choice for me, as it was the book I was taught when I was in the student’s seats just six years prior.

As a class, we talked about Everest, Nepal, the sherpas, and the mountaineers. I wrote quizzes around the events described in “Into Thin Air” and taught with such a vested interest that I think (or like to think) that my students got excited about studying the book, too. 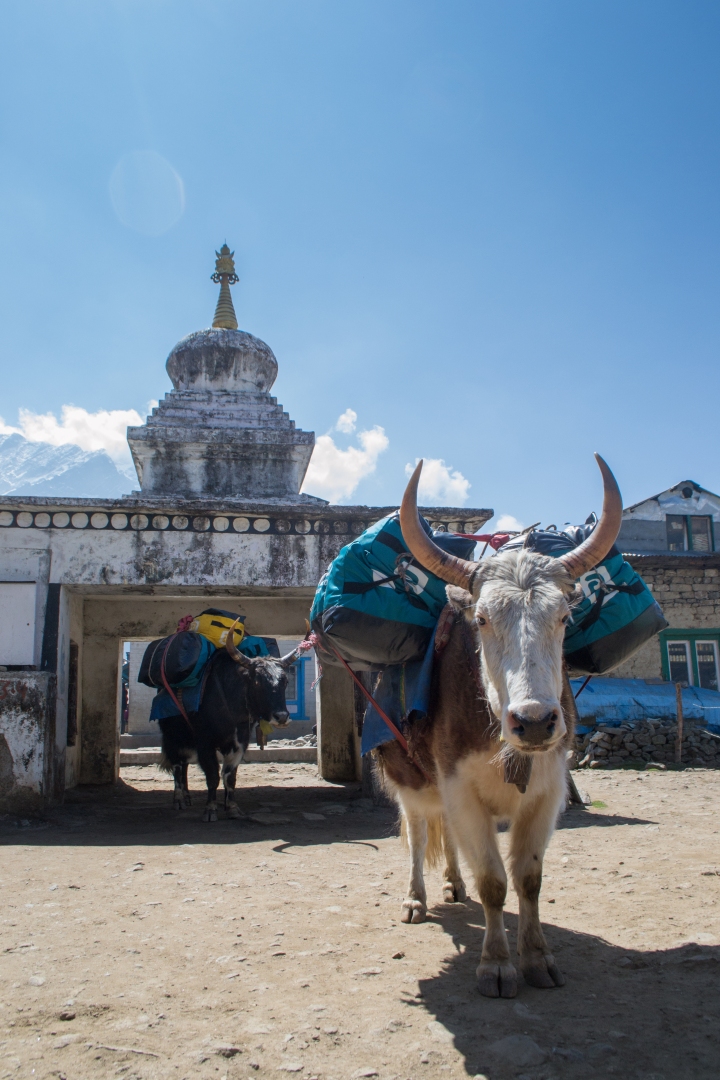 When my girlfriend, Alex, invited me on her upcoming March trip – a trek to Everest Base Camp – I had every reason in the universe to say yes. I had first reached out to Alex, an adventurous friend I met while studying abroad, with questions regarding a week long Europe trip – an idea I had been entertaining. After her recommendation to visit Belgium, her counter-offer to join her on her trek to Everest Base Camp along with our girlfriends Sarah and Alyssa was irresistible. With Nepal and Everest at the forefront of my mind, I was itching for adventure. It felt like fate.

Preparation involved a couple of trips to REI and an abundance of trips to the gym. At the rec center, I “hiked” in my boots on the treadmill at full inclination with 20 lb weights in my backpack for an hour at a time. (While there are limited ways to train your body to function at high altitudes, I did what I could to ensure I was fit for the trek.) I purchased a couple of plane tickets and was ready to embark on the trip of a lifetime.

Words cannot express the culmination of this adventure. No amount of blog-reading, picture-gazing, daydreaming, or planning could prepare me for this experience. My trek to Everest Base Camp was the culmination of hundreds of different feelings. Here is my attempt at describing them.

Along with these wonderful, glamorous, insightful feelings were the thoughts of self-doubt, feelings of exhaustion, fear, and incapability. If it weren’t for these feelings, reaching Everest Base Camp would not have been so sweet. 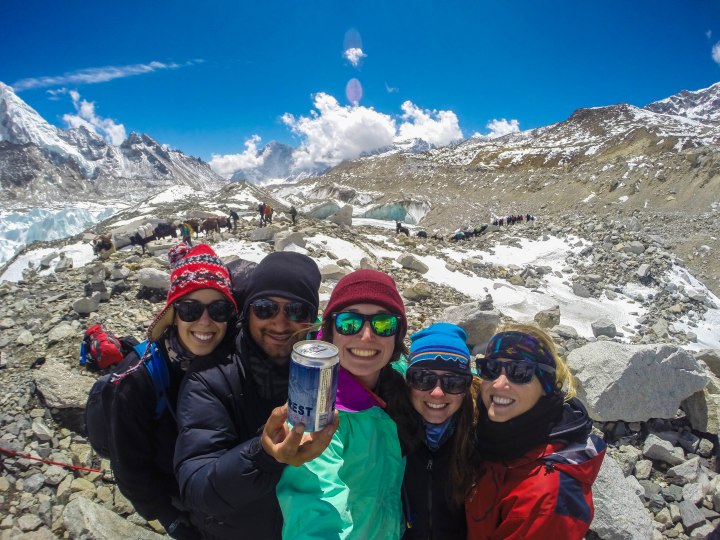 I will forever remember playing cards on our first night of the trek in our tea house. Following dinner, we sipped hot tea and played Egyptian Rummy. Alex, Sarah, Alyssa, Kishwor, and I laughed so hard we cried when Kishwor, our soon to be beloved guide, said “ass” instead of “ace”. I’ll always remember witnessing the monk’s afternoon prayer in Tengboche and hiking up to watch the sunrise over the village with six of the cutest Nepalese puppies. The kindness we received from every person we met in the villages will not be soon forgotten, nor will the soreness we felt each and every morning from utilizing our bodies to the fullest. Crossing paths with Yaks on the narrow, dirt paths carved out hundreds of feet above the Dudh Kosi River continually reinvigorated me – sparking my adrenaline. The simple days – waking, talking, eating, and sleeping – were some of the best. The views witnessed and the memories shared quickly filled my camera, my journal, and my heart. 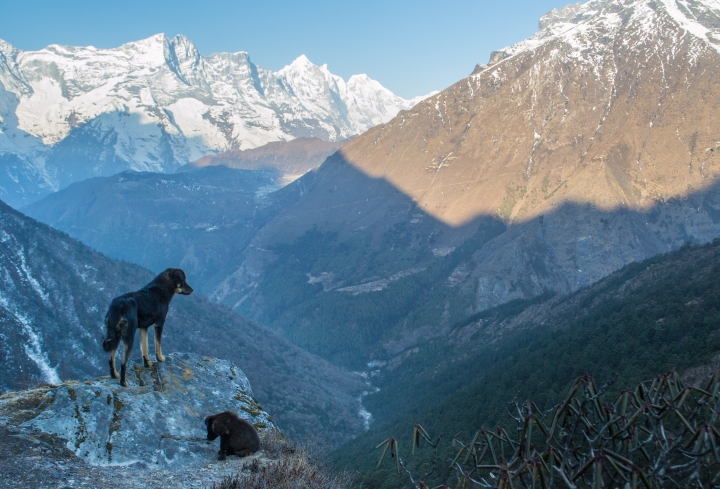 Sarah, Alex, Alyssa, Kishwor, and Mountain Ram Adventures – thanks for the trip of a lifetime! A special special thanks to Kishwor, our guide and friend who kept us laughing throughout the journey. “Aha!! Kati ramro himal!” (Ah, look at the beautiful mountains!) Beautiful mountains they are, indeed. 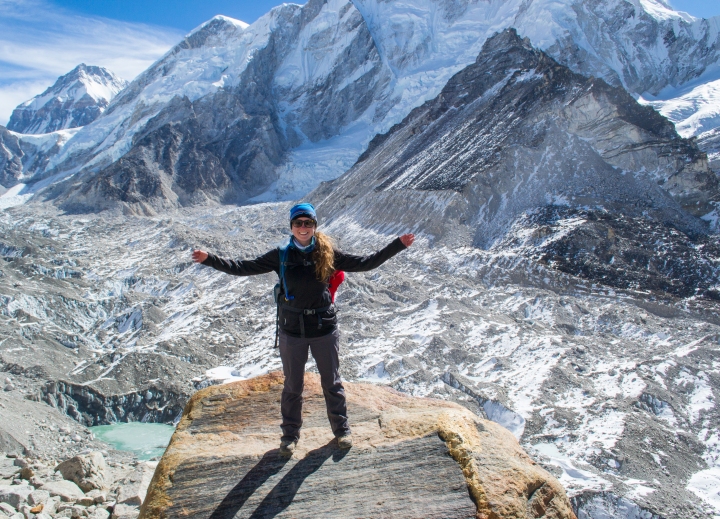